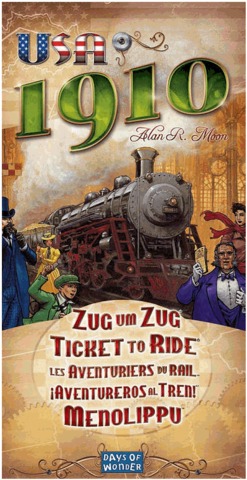 The rulebook is from the original game designer Alan R. Moon that gives you three additional different ways to play the game:

It was originally released in conjunction with the Essen 2006 Spiel Faire. It was packaged in a 2-piece metal box, in a limited amount of 10,000 copies available in the US. A second edition was released in 2008 in a standard game cardboard box.